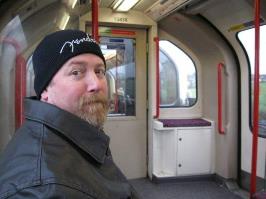 Born on December 25, 1961 in Baltimore, Maryland, Randolph Scott Corbin, the son of Delores Janet White and William Potts Corbin passed away on October 27, 2019 in Tacoma, Washington. He was 57 years old at the time of passing. A veteran of the United States Air Force, Randy proudly served his country in the early eighties. An adventurer at heart, his career in avionics took him all around the world where he met many interesting people and experienced many different cultures. Later in his career as a private contractor he worked on aircraft in support of U.S. military operations in Iraq and Afghanistan. A talented artist, Randy made music throughout his life and it was his truest form of expression. The beauty of his soul can be heard in the notes he played. He was also a very talented photographer. He had a way of viewing the world through a camera lens that made him unique. Some of his photographs are on display at the Seattle zoo. He possessed a keen sense of humor and was highly intelligent. Quick witted, he always enjoyed making others laugh. Preceded in death by his mother Delores and survived by his father William, his brother David, his sisters Kim and Chris, his two sons Jason and Justin and his four grandchildren, Madison, Bowen, Maisie and Abbey. A beloved son, brother, father and grandfather, we will carry his spirit with us and honor his memory…we love you Dad…” A memorial service will be held on Monday, November 25, 2019, at 1:00pm at Crowder Funeral Home, 111 E. Medical Center Blvd, Webster, Texas.