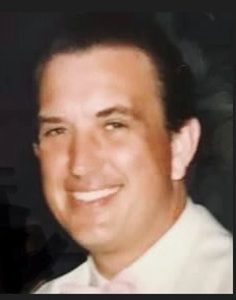 W. Earl Phillips, 76, beloved son, husband, brother, uncle, friend, Episcopalian and believer entered eternal rest Sunday, June 26th of 2022 in Houston, Texas. He was born December 5, 1945, in Utica, Mississippi to James Dinton Phillips, Sr. and Haley Wilkins Phillips, both originally of Jackson, Mississippi and later of Pine Bluff Arkansas. Preceding him in death were his parents and his father-in-law, John D. Smalling, and his mother-in-law, Bette Goodwin Smalling, both originally of El Dorado, Arkansas and later of Roseville, California.

Earl is survived by his wife of 55 years, Barbara Phillips; his brothers, William Charles Phillips of Indianapolis, Indiana and James Dinton Phillips, Jr. of Los Cruces, New Mexico; nieces and nephew and their spouses; cousins; and many friends.

Earl attended Provine High School in Jackson, Mississippi, graduating from Pine Bluff High School, Class of 1964. Earl was a National Merit Scholar earning a Master’s Degree from Rice University and an MBA from Pepperdine University. Earl was President, CEO of Rawson & Company before finishing his career as New Business Development Manager for his best friend, Rod Sellers, at Tech-Quip.

Highlights of his life include living ten years on Bayland Avenue in Houston with oak trees and a wrap around porch with its customs of handing out candy to a thousand trick or treaters at Halloween and the street festival of Lights in the Heights every Christmas; living three years on St. Charles Avenue in New Orleans with the streetcar out-front and enjoying the Creole culture and hospitality and finally returning to the Clear Lake Area of Houston enjoying an enhanced family life when Barbara’s mother, Bette came to live with them in 2013 on what she liked to call the “Texas Riviera”.

Earl had a compassion for people and loved to reach out and give a helping hand so, in lieu of flowers, it would be fitting for those who wish to honor his memory donate to the UBC Earl Phillips Benevolence Fund at University Baptist Church, 16106 Middlebrook Drive, Houston, Texas, 77059.

A memorial service in Earl’s honor will be held at 10:00 am, Friday, August 19th of 2022, in the Sanctuary of University Baptist Church, 16106 Middlebrook Drive, Houston, Texas 77059, just north of Bay Area Boulevard in the Clear Lake Area of Houston.