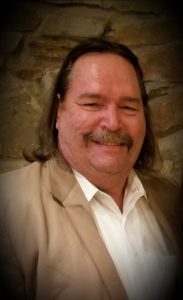 Ronald was a veteran having served with the U.S. Marine Corps. He was a long time member of the Church of Christ in Bacliff, Texas. Ronald’s career spanned over 30 years as a machinist in the oil refinery industry. Although, his proudest achievement was to meet and marry the love of his life Donna Lynn Berringer and they were blessed with five daughters. He devoted his life to his faith and family. He spent a lot of time making sure his family was provided for and their needs and wants were met. Ronald’s generous spirit and willingness to help those in need should be a testament to us all.

In his honor a visitation will be held Monday, January 18, 2021 from 5-8:00pm in the Crowder Funeral Home Chapel in Dickinson, Texas with a funeral service on Tuesday, January 19, 2021 at 12:30pm. Interment will follow at Forest Park East Cemetery, Webster, Texas.