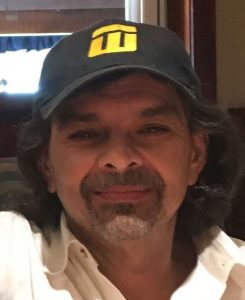 Robert was a resident of La Marque, he was a graduate of La Marque High School and he also had an Associate Degree in Accounting. Robert was a Truck Driver for over 20 years; he also worked as a FEMA Inspector after Hurricane Harvey in Houston and after Hurricane Maria in Puerto Rico.  He enjoyed working on his hot rod, an Oldsmobile Cutlass.  He also loved his dogs, playing with drones, fishing, and watching live music.

In lieu of flowers donations may be made to pilotsnpaws.org, an organization that transported Robert’s surviving dog Harvey back to the family at no cost.