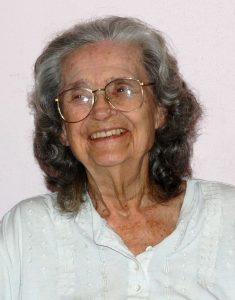 June was a lifetime member of 1st Baptist Church of La Marque, where she taught Sunday school and Bible school since the age of 13 and a life member of Inter City Elementary School PTA of La Marque.
She was known for her cake decorating for her family as well as a seamstress. June made clothes for all 4 of her children, including her daughter’s wedding dress and her attendant’s dresses. She crocheted dolls, cut out painted wood Christmas presents, cooked preserves from blackberries and figs from our backyard, baked bread, made chocolate pies, candies, groom’s cake and Brazilian embroidery.