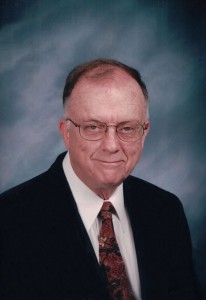 Dale graduated from Mississippi College in 1959 and proudly served his country in the U.S. Navy Reserve from 1955 – 1963.  He started his career in the banking business and moved to Galveston in 1969 to work at U.S. National Bank where he advanced to Executive Vice President during his 17 years of employment.  In 1976, he left the bank and accepted a position as president and general manager of Sea Arama Marineworld.  In 1980, Dale became the Houston/Galveston regional manager of Stewart Title but a few years later, his entrepreneur spirit prevailed when he fulfilled his lifelong dream of forming Dale Ware & Associates.  Helping companies and individuals realize their fullest potential was what Dale loved to do most besides spending time with his family.  At retirement in 2002, he settled into his favorite job of all being “Pap” to his 7 grandchildren, Savannah, Caylee, Donovan, Jennah, Annelise, Brynn and Julia.