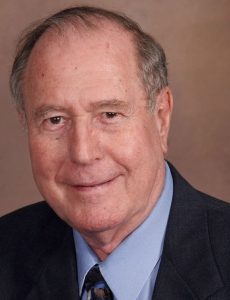 Mike Moutz passed away on October 13, 2020 at the age of 76, with his wife and children by his bedside. He was born in Lakeland, Florida on October 13, 1944, to Willis Moutz & Madora Michelle Moutz. He graduated from Ocala High School, Ocala, Florida. He was an avid water skier; he and his siblings were local models that were in many magazine ads featuring several different products. He also did underwater photography for movies made at Silver Springs, Florida. He was one of the photographers who walked with a group of scouts 153 miles in 13 days from the Atlantic to the Gulf of Mexico.

Mike graduated from Central Florida Junior College, moved to Baton Rouge, Louisiana to begin his career in the chemical industry. Transferred to Clear Lake in 1984 to continue his career as a process control engineer until his retirement. He had an article published in the Infosystems Magazine in 1978 and one published in Instrumentation & Control Systems Magazine in 1995.

Mike was devoted to his family and spent many hours with his children participating in baseball, soccer, swimming, and scouts.

After retirement Mike became a wine enthusiast and served on the wine committee at Bay Oaks Country Club, as well he and Bobbie traveled extensively.