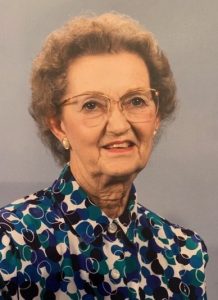 Letha Vivian Rayburn, 95, of Houston, Texas, formerly of La Marque, Texas, passed away on February 28, 2019. She was born April 3, 1923 in Powderly, Texas. She was a member of First United Methodist Church of La Marque, Texas where she enjoyed Sunday school and quilting.

There will be a graveside service for family-only at Forest Park East, Webster, Texas.