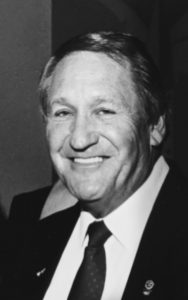 Laurence Jackson “Jack” Landriault (97) of Texas City, Texas, passed away on Thursday, July 15, 2021. He was born in San Francisco, California, on September 21, 1923, to Rachel Lora Arminda “Minnie” Hayes and Joseph David Landriault. Jack proudly served in the United States Navy during WWII. After serving, he pursued a degree in Industrial Engineering at USC and used what he learned to help construct the Frito-Lay and Sherwin-Williams plants in Dallas, Texas. He had been a resident of Texas City since 1966, was the owner and operator of his own business Ra-Jac Sales and Services, and acted as an HVAC engineer commercially and residentially for over 50 years. Jack was integral in the many humanitarian organizations he supported, including the Texas City Lions Club and the Lions Eye Bank of Texas. Of the many awards and positions held in his 20 years of Lion’s Club membership, helping others was always Jack’s proudest accomplishment, and was awarded lifetime membership in the late 1990’s.