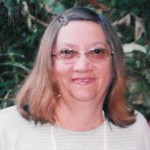 Judy was the owner a Child Day Care, a member of Peace Lutheran Church where she was a Sunday School Teacher and Youth Group Leader.

She is preceded in death by her parents, and brother, Julius H. “Buster” Rac Jr.

Visitation will be Saturday, December 7, 2013 from 9:00am – 11:00am at James Crowder Funeral Home in La Marque. Funeral Service will be at 11:00am on Saturday at the funeral home with Rev. Matthew Brackman officiating. Burial will follow at Galveston Memorial Park in Hitchcock.