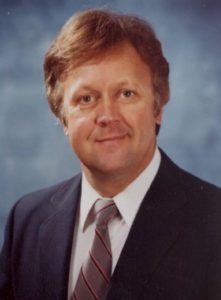 Joseph Victor Balesky passed away Saturday, December 21, 2019 surrounded by family and friends after a struggle with end stage neuroendocrine tumor of the pancreas. He was born on June 11, 1935 to Elsie Bolinsky Balesky and Joseph Jacob Balesky in Ashland, Schuylkill County, Pennsylvania. He graduated from West Mahanoy Township High School in 1954. He joined the Army Air Force in 1955 to travel and pursue his education. He married Gail Pruitt Balesky and had two daughters, Amanda Balesky Losowski and Karen Balesky Fowler. He earned his bachelors and masters degrees in hospital administration and achieved the commission of major. He retired after 23 years of active duty.
Joseph’s presence filled the room. He was an avid listener, a strong leader, and a wise council. After leaving the service, he married Kathlene Brasch Balesky and had two daughters, Lora Balesky Grigsby and Amie Balesky Mickens. He was CEO of Health Professionals of America, a medical recruitment firm, for twenty years.
Joseph loved family first, but sports second. He rarely missed an Astros, Rockets, or Texas game. He followed a strict workout routine all of his days. He had a passion for fishing; he was well known at the Galveston Coast Guard Station for flounder and redfish catches.
Joseph is survived by his wife and daughters, by sons-in-law Bret Grigsby, Stan Losowski, and Brad Fowler, by grandchildren Rachel Losowski Weiss, Mark Losowski, Tristan Mickens and Mason Grigsby, and by his sister, Marion Balesky Polk and her husband, Henry Polk.