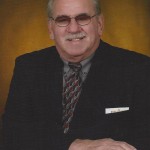 Joe also retired from the Texas Department of Transportation as a Marine Captain where he operated the Ferry between Galveston and Boliver. He was a member of the VFW Post 5400; the Kemah Elks Lodge No. 2322; and a Chaplain for both the American Legion Post 89 and the Legion Riders. He also worked as a bartender at the VFW in La Marque.

He is preceded in death by his wife Judith Crabill and his parents.

In Lieu of flowers donations can be made in his honor to the Wounded Warriors Project or charity of your choice.