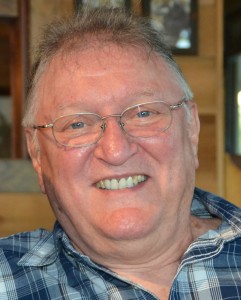 He graduated from Seventy-First High School in Fayetteville, NC and in 1960 he joined the United States Air Force where he served until 1965. He then went on to build his career in the Aerospace Industry which took him all over the world. He received numerous commendations and awards for his contributions to successful space and shuttle missions. He retired from Honeywell (formerly Bendix, Allied Signal) in 1996.

Fred enjoyed teaching himself how to play the acoustic guitar and photography, but his real passion was dancing. When he retired, he and Barbara took up West Coast Swing dancing and joined the Bay Area Whip Club where he later became Treasurer. They were very active members of the dance club and formed many close friendships.

In lieu of flowers, please make a donation to the charity of your choice in his name.