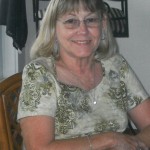 Florence Marie Currington, 71, of La Marque, Texas, passed away on Wednesday, June 18, 2014 in Sulphur, Louisiana. She was born on December 26, 1942 in Galveston, Texas to George and Caroline Gentsch. A resident of La Marque since 1968, Florence was a member of Highland Baptist Church and worked as a Teacher’s Aide at the Simms Elementary School in La Marque.