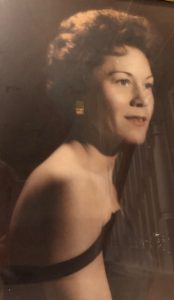 Edwina Theda Hawkins, 97, a resident of Clearlake, TX passed away August 08, 2021 in Manvel, TX. Edwina was born March 04, 1924 in Grapevine, AK and was of the Christian faith. While she was living in Lafayette, LA she worked for a pediatrician office for 33 years. Also, until the end she was a solid Arkansas Razorback fan.

She reunites with her husband of 62 years, Harry Lucius Hawkins; her son, Harry Hawkins; her parents, Bessie and Moody Lowman.

Edwina will be buried with her husband at Houston National Cemetery in Houston, TX.