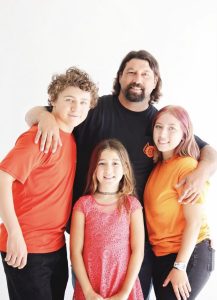 When his nation called, he answered by joining the Army. He worked as an Operator for Magellan Midstream. He was a devoted father to his children, and they meant the world to him. He was a son you could be proud of, a brother you could depend on, and an uncle who would make you laugh. He loved spending time with family and friends. He had a passion for life and enjoyed riding his motorcycle with his club. He was a fun, loving, hilarious, and outgoing person who did things his way, regardless of what others thought. He made friends wherever he went, and his death will be deeply felt by all who knew him.