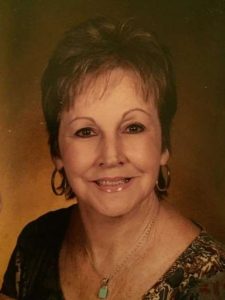 She was a member of Peace Lutheran Church in Texas City, Texas since 1955.  She was a wife, homemaker and dedicated mother, grandmother, great grandmother and great-great grandmother.   Before a short illness beginning in May of this year, she enjoyed many years of caring for her family and had a special love for gardening and plants.  Above all she was dedicated to her husband and family, but especially the children.

She was preceded in death by her husband, Gary Ewing, her parents, Edward Glover & Lovie Weems and grandson, Dustin Ewing.

Visitation will be on Thursday, September 5, 2019 from 5:00pm – 7:00pm at the Crowder Funeral Home in La Marque.  Funeral Service will be at 11:00am on Friday, September 6, 2019 at the funeral home with Rev. Matthew Brackman officiating.  Interment will follow at Forest Park East Cemetery in Webster.

In lieu of flowers, contributions can be made to the American Cancer Society or the Salvation Army.