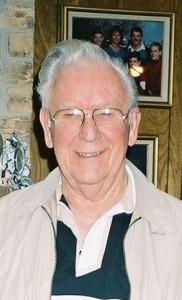 Donald Richard Tull, Sr., 84, of Texas City, passed away December 26, 2014 in Houston, Texas. Donald was born June 18, 1930 to Harry and Maren Tull in Houston, Texas. He retired as an electrician from Union Carbide in 1986 after many years of service and was a member of Peace Lutheran Church, Texas City. Donald was preceded in death by his parents and his brother John B. Tull