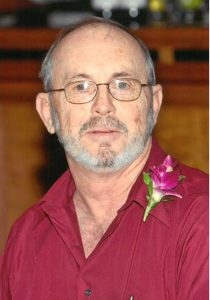 Don C. Tyer (66) of Dickinson, Texas, passed away on Thursday, May 10, 2018. He was born in Carthage, Texas to Eunice and Clyde Tyer on October 22, 1951. Don served in the United States Air Force during the Vietnam War and worked as a Sport Fishing Charter Boat Captain. Formerly of San Leon, Don had been a resident of Dickinson for the past seven years.

Visitation will be held from1:00pm to 2:00pm on Thursday, May 17, 2018 at the Crowder Funeral Home in Dickinson, Texas. A Celebration of Life will begin at 2:00pm with Pastor Tim Franklin officiating.