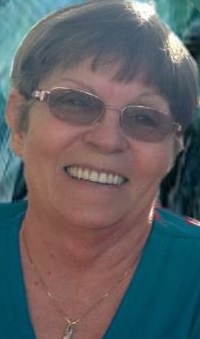 Diane was born in Mobile, Alabama to Norman and Mabel Chambers. She left Mobile for Houston, Texas at age 19 where she met and married John Allen Dees, they have been married for 48 years.

Diane is survived by her husband, John, her children Amanda and Ron Merrell of Vidor,
Terry and Melony Dees of League City, grandchildren: Cortney and Randy Frame, Kassidy and Ben Ewing, Kelsy Dees, Garrett, Jonathan, and Noah Merrell, great grandchildren: Jace, Braeden, and Keigan Frame, and Logan Ewing. She is also survived by brothers and sisters and their spouses: Gary and Muriel Chambers, Chris and Lorrie Chambers, Lynn and Billy Whidbee, and JoAnne and Mike Butler, her mother Mabel Lyles and host of nieces and nephews, friends and many “adopted“ grandkids.

The Family will receive friends on Thursday, May 16, 2019 at 9:30am with a Ceremony at 10:30am at Crowder Funeral Home, 1645 East Main, League City, Texas 77573. Interment will follow at Houston National Cemetery in Houston, Texas.

Diane will be remembered and loved by all who knew her. ROLL TIDE