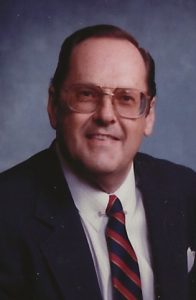 Dennis Brian Stephenson peacefully passed away surrounded by his family at home in League City, Texas, January 13, 2022, at the age of 85.

He was born on March 28, 1936, in Galveston, Texas to Anna Barbara Zima Stephenson and Ray Eli Stephenson.

He graduated from the University of Houston with a Bachelor of Science in Mechanical Engineering and spent a career working with the process industries as an engineer in sales traveling throughout the US and Canada.

Dennis Stephenson is preceded in death by his parents Anna and Ray Stephenson, his two brothers Ronald Ray and Barry Roger Stephenson

A celebration of life will be held on Tuesday, January 18, 2:30 PM at Crowder Funeral Home, 1645 East Main Street, League City, Texas.  Burial will be held on January 22 at Elm Grove Cemetery, Alpine, Texas.