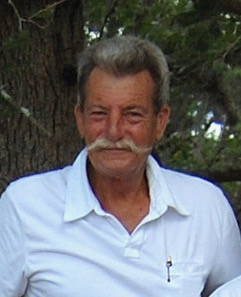 David Wayne Krejci, 67, a lifelong resident of South Houston, Texas passed away peacefully on January 10, 2020, after a courageous battle with cancer. David was born on March 8, 1952 in Houston, Texas and was of the Catholic faith. He was proud to be an accomplished brick mason and he worked for Blast Incorporated for over 40 years. He spent much of his career shaping the Houston skyline by working on many historical skyscrapers, demonstrating his meticulous attention to every detail.

One of David’s most passionate hobbies was participating in BBQ cook-off competitions for many years, winning and placing at all levels and categories. To say he was a pitmaster would be an understatement. In addition to competitions, David immensely enjoyed volunteering his BBQ expertise by cooking for many charity events, especially the Veterans Administration at their annual BBQ event each year.

David has now been reunited with his beloved wife of 23 years, Carol Landry Krejci, and his father, Ignac B. Krejci.