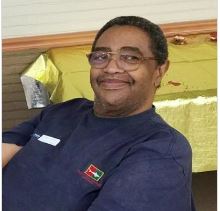 Charles worked for Consolidated Edison Electric Company for 19 years until his move to Texas where he then worked as a commercial business broker. He formally retired from full time work in 2009. Anyone that knew Charles knew he loved to spend time with his grandkids whether it was taking them to the rodeo or bowling. He also loved to sit in his recliner and watch TV.