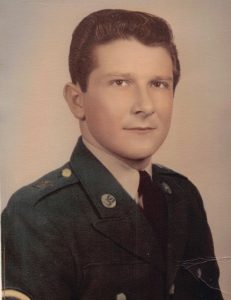 Charles Richard Orsak, 85, beloved and proud father of four boys, passed away on July 29, 2022 in Pearland, TX from pancreatic cancer. Charles was born in Dayton, TX on January 13, 1937. He served his country in the U.S. Army in 25th Division Scofield Barracks as a postal officer. He moved to the Pearland area in 1967 and attended St. Helen Church where he was a 4th degree member of the Knights of Columbus.

Charles was an Engineer at Houston Natural Gas until 1974, he then left and went into sales of paper supply. Charles was also an entrepreneur who also owned several other businesses.