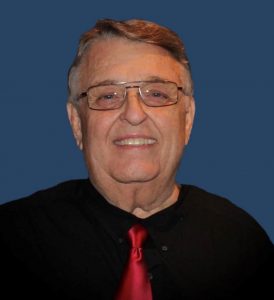 Accomplished musician and rocket scientist, Charles Douglas Ardoin, Sr., (“Doug”), 80, passed away on Good Friday, April 2, 2021, in Clear Lake City, Texas. Born in Eunice, Louisiana, on April 12, 1940, to parents Lawrence Ardoin and Marie Gossard Ardoin, Doug loved his Acadiana roots. In 1958, he graduated from Holy Savior Menard High School in Alexandria, Louisiana, followed by college at Louisiana State University and the University of Southwestern Louisiana where he received his Physics degree in 1963.

After graduation, Doug moved to Texas to begin his career at NASA becoming a longtime resident of Kemah and Clear Lake City. His career at NASA spanned over three decades until retirement. Doug had so much pride in being a rocket scientist having worked with his colleagues on various groundbreaking missions in support of moon landings, the space shuttle, and international space station. Astronauts honored Doug with the Silver Snoopy Award recognizing him for his exemplary contributions to their success. He also received the Exceptional Achievement Medal, a prestigious award recognizing his service to NASA.

Doug had an extraordinary gift for music most notably being one of the founders in 1956 of the “The Boogie Kings.” As its lead guitarist, he performed Rock n Roll, Swamp Pop, and Blues in venues across southwest Louisiana and southeast Texas entertaining the band’s many fans of Blue-Eyed Soul. Doug was deeply honored as he and his band were inducted into the Louisiana Music Hall of Fame; Louisiana Swamp Pop Museum Hall of Fame; and the Gulf Coast Music Hall of Fame. Doug brought to life some of his favorite classics including “Johnny B. Goode” and “Sugar Mama”. Later in life, Doug also played with the band “Louisiana Boogie” performing primarily around Galveston and Clear Lake City. His last great band memory was playing at the Boogie Kings’ 50-year reunion in Eunice in 2015 before a packed dance hall with many of the original and current Boogie Kings.

Doug loved his family dearly. He is survived by his beautiful and caring wife of 61 years, Carol Padgett Ardoin, originally from Opelousas, Louisiana. Children of Doug and Carol are daughter, Melinda Ardoin, of Houston, Texas; daughter, Laura Ardoin Cessac, and husband, Kenneth, of Friendswood, Texas; son, Charles Douglas Ardoin, Jr., and wife, Jeanne of Naples, Florida; son, Michael Ardoin, and wife, Beth, of Lafayette, Louisiana; and son, Richard Ardoin, of Friendswood, Texas. Doug did a wonderful job of showing his children what it meant to love as he preached kindness and acceptance.

Doug was also known for playing on the same level as his grandchildren bringing much joy, silliness, and laughter to them and Doug too! They include Kristin Clanton Hebert of Friendswood; Michael Clanton of Clear Lake City; Matthew Ardoin, Caroline Ardoin, and Benjamin Ardoin of Lafayette; Simon Ardoin, Tate Ardoin, and Phoebe Ardoin of Friendswood and his great granddaughter, Kailyn Graham of Friendswood. Doug is also survived by his sister, Clara Soileau, of Eunice, whom he cherished. In addition to his parents, he was predeceased by his older brother, Lawrence Ardoin, Jr. (“Bookie”).

Doug’s family will hold a private service in celebration of his life. To leave a comment memorializing your heartfelt feelings and wishes, please email Crowder Funeral Home in Webster at  cfhclearlake@aol.com .