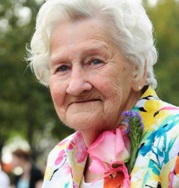 She lived in Bayou Vista for over 30 years and was formerly from Palestine.

Betty loved her trips to the beach with all her grandchildren and great grandchildren, she loved to work in her garden and especially like to play the lottery.

A visitation will be held from 11:00am – 1:00pm on Friday, April 26, 2019 at the Crowder Funeral Home in La Marque with the funeral service at 1:00pm with Dr. Mike Deaton officiating. Interment will follow at Galveston Memorial Park Cemetery in Hitchcock, Texas.