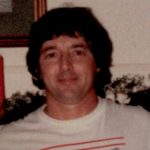 Arthur MacArthur, III, age 71, born May 17, 1948, passed away in League City, TX on June 4, 2019. He was born in Gulfport, MS, and lived there until 1982 when he moved to Texas. He was known by his friends as “Scooter” and “Mac”. In his younger years, he raced sailboats and throughout his life he restored classic wooden boats. He was a loving husband and father to his wife and two daughters. They moved to San Leon, TX in 1987 which was damaged in Hurricane Ike. He is survived by his wife Maureen and two daughters, Molly MacArthur of League City, TX and Mindy MacArthur of Houston, TX, two brothers, Alan and Donna MacArthur, and Richard and Sue Huckstep, and numerous nieces and nephews. He was preceded in death by his parents, Arthur Jr. and Evelyn MacArthur, and brother, Clare Huckstep. Family and friends are invited to a celebration of life at Sorrento at Tuscan Lakes, 1455 Louisiana Ave. League City, TX 77573 on Sunday, June 9, from 3 – 5PM.