In Loving Memory of
Andre’ Lavelle Harris
a.k.a. Master Darkside 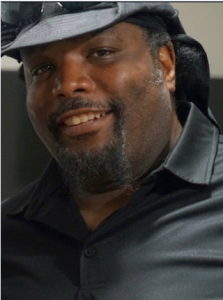 Andre’ Lavelle was fortunate that he did what he loved. He was employed by the International Alliance of Theatrical and Stage Employees Local 51. (I.A.T.S.E.) as a professional stage hand. He was proud to have finally achieved member status. Andre’ Lavelle loved that his job allowed him to see people and places the average person did not have access to such as famous bands, professional athletes, close up and back stage of convention centers and local venues, even the top of the Astrodome. Andre’ Lavelle was a big “Teddy Bear” with a heart of gold and always had a good conspiracy to share and he will be dearly missed.

Additional services will be held in Oklahoma (TBA).  Andre’ Lavelle will be laid to eternal rest surrounded by his mother and other maternal relatives at Oklahoma, the land of his birth.

The family is asking that in lieu of any floral or monetary donations, that you assist Sandra Harris with her ministry by donating at: MalawiCollective.org/give